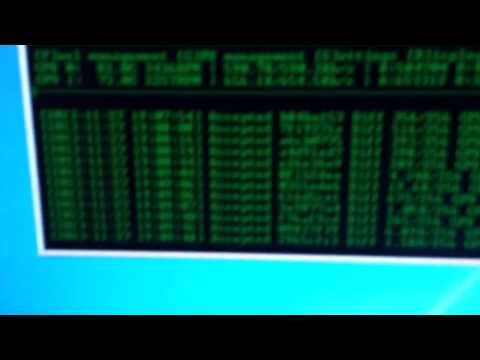 Sadly I do not have the original box. The gpu does not come with the cables as I gave them to a friend. I am selling as I got an Upgrade. works like new. http://imgur.com/a/LHaLg

Gigabyte R9 280X GPU is for sale on cryptothrift.com for Bitcoin and Litecoin https://cryptothrift.com/auctions/crypto-mining-gpu/gigabyte-r9-280x-gpu/

Sapphire Vapor-X Radeon R9 280X is for sale on cryptothrift.com for Bitcoin and Litecoin https://cryptothrift.com/auctions/crypto-mining-gpu/sapphire-vapor-x-radeon-r9-280x/

Mining good to this gamer

Sold my 280x off to the farm today *sniff

I know that you're all angry about GPU crysis. First, let me introduce myself : I was a part of the PCMR but now I have no time to play anymore, and bad internet does not help. So I had my 290x layin' around and free electricity in my small student room. I was thinking, free electricity plus graphics card means money, so I started mining. I bought 0 graphics card. As you probably know, all the Ethereum miners have to share the benefits (even if they're not in a pool), the more miner there are, the less benefits you get. A lot of miners (not me) pay for electricity which has a fixed priced. If they don't make money anymore they will stop mining and sell their GPU. All you have to do is start mining when you're not playing. If all the PCMR community of the world start doing this, we can change things. If you're worried about electricity just turn off your heater, it's not wasted electricity if you use the heat.

A story from a cloaky camper and an attempt to build a beast mode multi-boxing server.

Some of you may know me, some may not. Those that do will know I offer cloaky camping services over new eden. I do camping contracts / extort renters and focus my time hunting botters when the contracts are quiet. I offer PvP entities access to my cyno network to get dank kills and big escalations. From super carriers to Rattlesnakes.

The thing that got me into camping was hunting bots back in the dronelands a few years ago. I realised the most effective way to hurt them was to camp them 23/7, follow them around using locator agents. Eventually they had to rat with me in system. When they did I setup bubble traps etc and dropped blops and cleaned them up.

The 2nd thing I love about cloaky camping is the ability to counter Alliances (i feel its overpowered) intel channels / networks. Think about it. They have multiple intel toons dotted around the entrances to their pipes reporting hunters coming into the pipe allowing the PvE players to warp off and safe up. They even use external programs to collect this intel and give audible alerts. Cloaky camping is just the polar opposite. Dotting toons in their ratting pocket and giving me intel on whats going on in their system. As long as local chat exists so will cloaky camping. I'm pretty confident CCP share the same thought.

People probably think cloaky camping is easy. You are wrong. The prep work and behind the scenes work that goes into it is pretty immense. You are about to find out.

The hardware i'm currently running the 60 clients on is as follows:

How do you pay for 60 toons
I started with 10 campers and made ISK by other means. When I made new campers I invested ISK and started to Skill extract and plexing the toons. I also make a decent amount from people who pay me to camp others.

However, Me being me I wanted to expand and the camping pcs were running at full chat. So I needed a better piece of hardware to host these 60+ clients. So, while at Fanfest, I bidded on this R820 Server on ebay and won!

The hardware should be able to support multiple clients. However i'm not too sure how eve is going to behave when I try and open 60 instances all in one OS. I have set myself up for a hell of a challenge! However, I feel like I got a pretty good deal on the server and DELL hold their value. I'm sure I can re sell it if the project fails.

Things to work out:

Things I will teach you guys

I'm learning too so your help input would be awesome! First question. Shall I just update this reddit post each time or create some sort of blog?
Old AMD FX Rigs
New Kit / with various bits I gathered to get started

Update 23/04/18
I have made some decent progress on this crazy project. I will give some breif updates here. I will get a blog up and running to post full details with how to's etc. Its probably way to long for reddit.

I have successfully installed some GPU's into the R810 AMD R9 280x and Nvidia GTX 970. I soldered some PCI-E cables to the PDB and it worked fine. The GTX sits nicely in the chassis however, the R9 280X is external atm using a PCIE x1 to x16 riser (from my bitcoin mining). Also I have managed to enable and use them both with passthrough in ESXI 6.5. Yes the GPU works with a x1 adaptor. WTF!

Freezing Problem with a single os install
If I try and run more than 40 clients in a single OS I the system freezes when loading up client 41. I have tried the following:
I cannot see why it is freezing. Is there any way to gather logs for the client? It doesn't appear to be a resource problem. Plenty of RAM / CPU and HDD isn't going crazy.

Here are some pics of the current progress:

It always breaks my heart when someone buys a r9 290x in my computer shop but it's not for gaming...

I work in a computer store as a salesman and recently, the mining industry has grown up because everyone noticed the easy money you can do by just making your card(s) run 24/7. Personnally, I'm not a huge fan of that. I think it's not really worth it in the end because it breaks video cards, costs a lot of power and you have to payback your stuff but whatever, it's not what I want to discuss.
I mean, all these smexy boxes leaving and it's not even for playing games! 280xs, 290s, 290xs, all those! You could have a dream computer, playing on X monitors and it's just gonna go die in hell.
I guess it's just me that's being butthurt cause I'm waiting for an after market 290x but it still gets to me :3

Hi all,
I built my current PC for ~£600 about five years ago, so its starting to get a bit outdated and occasionally laggy. I'm looking to upgrade but I don't know where to start!
I think I want to be upgrading my GPU and SSD, but I'm not sure if this would mean that I need up update my mobo/psu/cooler too. If something else is the bottleneck here, or you need any other information, please let me know!
My current setup looks like this: PCPartPicker Part List
Thanks for any advice!

MEGA DOGE! After 1 Month of Mining. Could not have done it without you.

ATTENTION 7950 OWNERS. 7950 PRICES ARE SKYROCKETING ON EBAY. SELL NOW IF YOU PLAN TO UPGRADE SOON

Visontek R9 280x for 389 Lowest price that is actually in stock.

I have a classroom of 20 PC's with a leased line, the classroom is only used once a month, is there some software I can install other than gomezpeer that can make me some money on those machines whilst they aren't in use?
I don't pay for the electricity so leaving them on is no problem, I can also install the software when the class is finished and uninstall the day before if the software uses a lot of resources.

I have my Radeon 7870, but really want something better, still in the AMD line though, looking at the Radeon 79xx, and R9 280X lines. Wondering what I can expect to pay for any of these used?

So I'm working on finishing off my component list for the computer that I want to create. However I am stuck between an Asus r9 280x and an Asus 770. Anyone have any insight on which I should go with? There's only a $13 price difference and its hard for me to figure out the best out there.

Is it just me or does it seem like the prices of video cards have jumped in the last few weeks?

Change hours by changing the "#" - or - delete line to remove auto-reboot :
Modify this line :